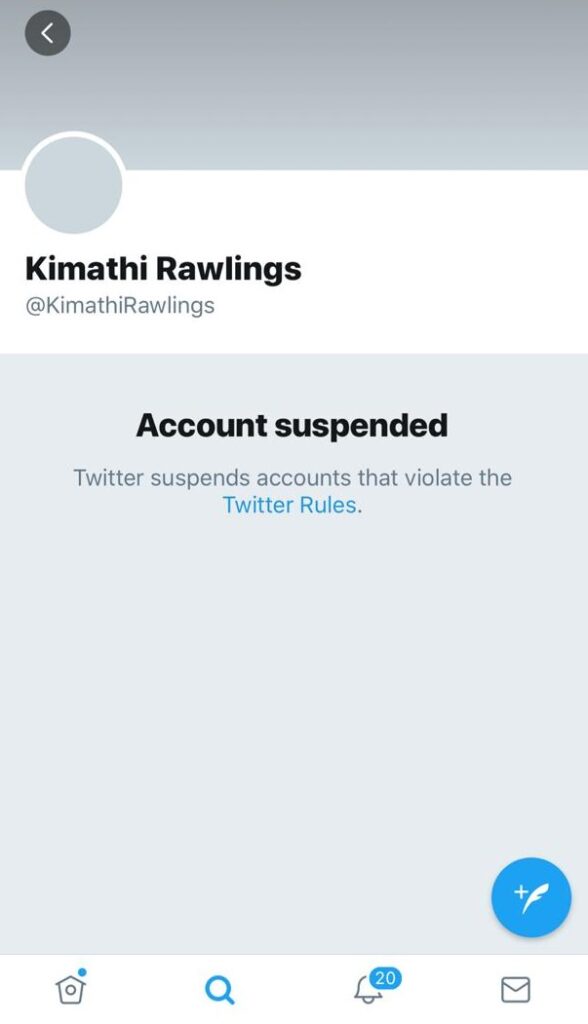 The Twitter handle that comes with a profile picture of Kimathi Rawlings and Jerry John Rawlings was only created in November 2020 and at the time of being taken down had 3,963 followers.

The account bio describes Kimathi Rawlings as an “oil and gas analyst, politician, son of former President of Ghana and warrior on life mission”. 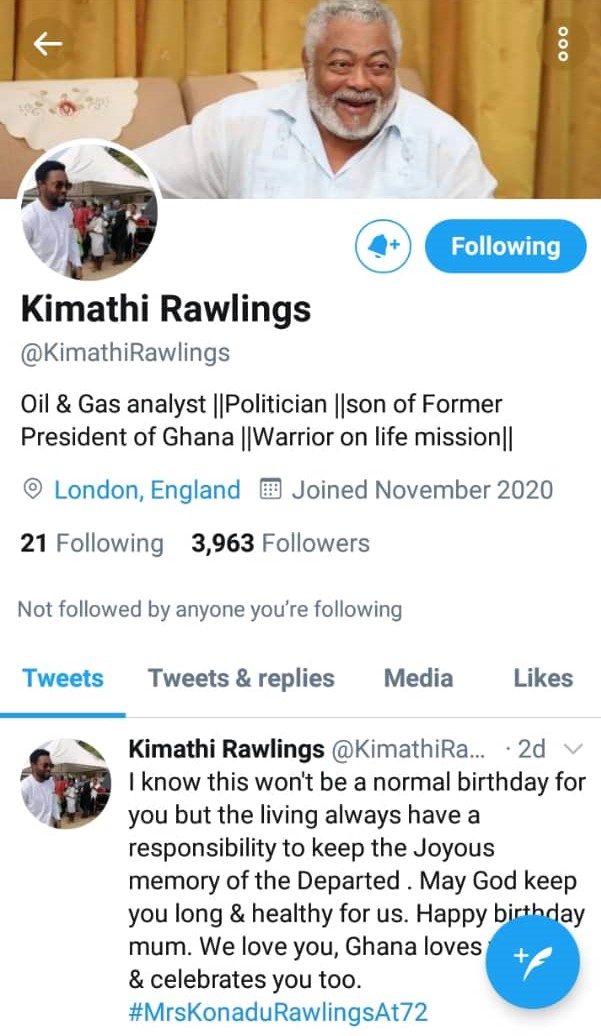 Posts by the fake Twitter account received considerable attention through retweets, sometimes by prominent Ghanaian politicians including a special aide to the NDC flagbearer for the 2020 elections, Joyce Bawah Mogtari.

The former deputy transport minister shared a tweet from the fake handle to her more than 43,000 followers but has since deleted it when it emerged the account was fake. 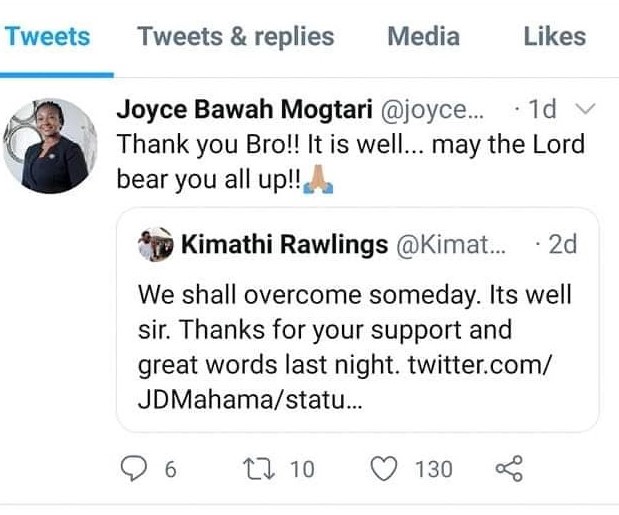 The most recent tweet from the now-suspended account was posted two days ago on November 17, supposedly supporting the resignation of Ghana’s Special Prosecutor, Martin Amidu who has fallen out with the government and accused President Akufo-Addo of interference in his work. 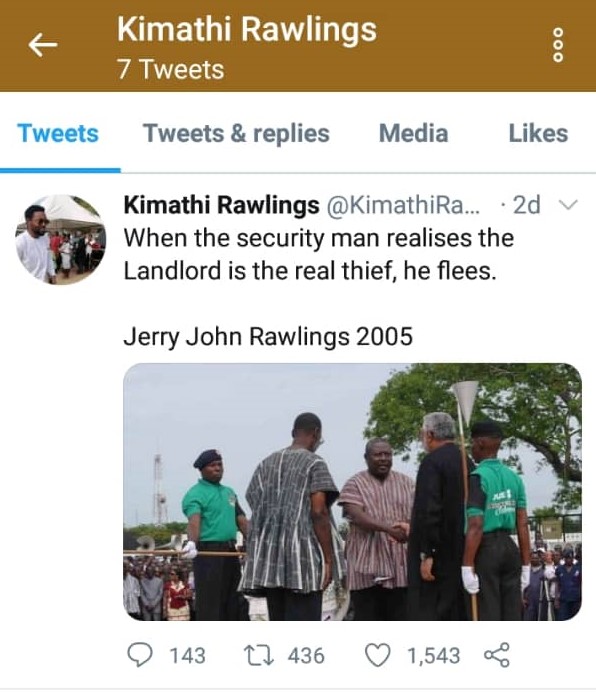 Following checks by GhanaFact it was found that Kimathi Rawlings does not own a Twitter account and a subsequent statement from the Office of the Former President has described the tweets by the handle as “falsehoods” being attributed to the son of the late former President. 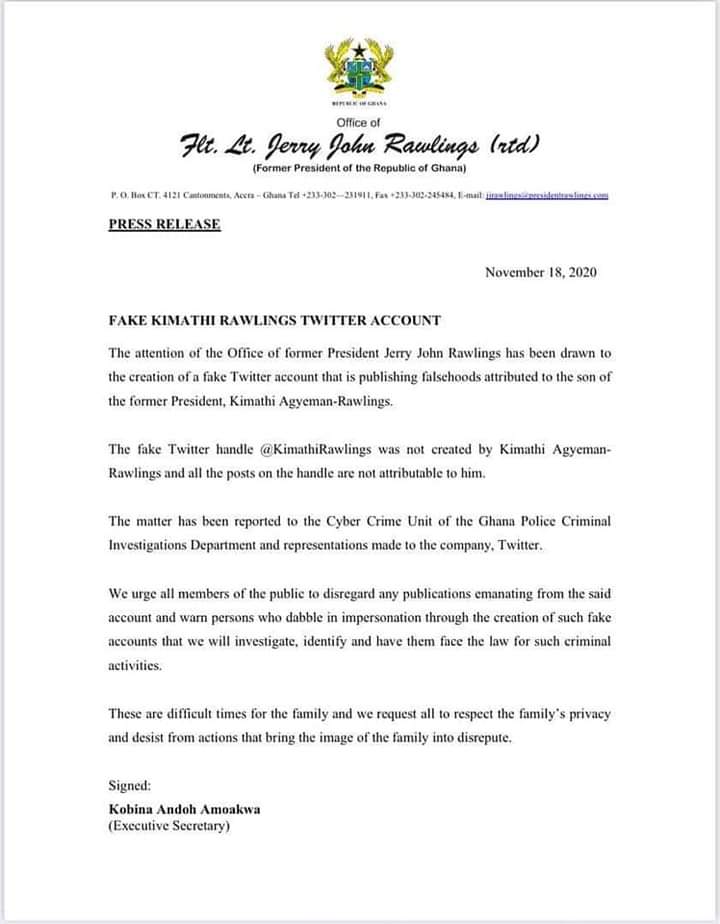 “The account is fake,” the Executive Secretary at the Office of Former President Jerry John Rawlings told GhanaFact via a text.

Member of Parliament (MP) for the Klottey Korle Constituency and daughter of the former President, Dr Zanetor Rawlings also dismissed the account as “fake” when contacted by GhanaFact.

The late former President Jerry John Rawlings was married to Nana Konadu Agyemang, with whom he has four children.

The former Ghanaian leader, Jerry Rawlings, 73, died on November 12 at the Korle-Bu Teaching hospital in Accra after a short illness